skip to main | skip to sidebar

Hello All! I'm Michele Weinhouse, student teacher-in-training. For the past 17 years I've been Michele M. Ramirez-Weinhouse and for the last 22 years I've been a chemist. Recent down turns in the economy and job market are forcefully telling me its time to transition to a different career. I have attended different K-12 schools because my dad worked for the military. Kindergarten was over 40 years ago and beyond the capacity of my brain to recall the name of the school. I attended St. Basil's Catholic School in Vallejo from 1st through 4th grades. In the 5th grade, my family moved to San Diego where I attended St. Charles' Catholic School. I spent 6th grade at Lanai Elementary living with my grandmother. My 7th grade was started at Bonita Vista Junior High but finished in Subic Bay Naval Base at George Dewey Junior and Senior High School. I stayed at George Dewey until I graduated in 1982. I attended Southwestern College for 3 years and then finished up my B.S. degree at UCLA in 1988. It's been over 20 years since I was in school and the transition back doesn't seem to be coming to me easily.

I learned early on in my career that I wasn't satisfied in my job unless I was learning something new. Technology at work provided me a way to satisfy that need and I found that the newer the technology the more fun I was having. At Pfizer, I became an expert in many of the new programs being launched through an endless supply provided by our computational chemists. It seemed that I was always the first to learn, test and train other scientists (mostly those scientists with no patience for beta testing). However, I don't know a single line of code. I started out using Macs in college and then in my first few years of my career. However, in working for start-ups, cost was an issue and PCs were much more economical. For that reason, my personal computers were also PCs. We do have a Mac at home that we use mainly for its iMovie software. Just recently, I bought my very own laptop and loaded Windows 7 on it. I'm still learning how/where everything is but for the most part I'm fully functioning on my computer. I know that the chemistry classes I teach will have a strong element of technology. I can't wait to see what and how I will use it.

I had read the Mission Statement after talking with a counselor at the College of Education and until tonight after you shared examples of how CSUSM fulfills its mission, to tell you the truth, I wasn't sure what all the words meant. It wasn't the mission that drew me to CSUSM, it was the living and owning of that statement by the counselors and employees with whom I first interacted that drew me in. I liked what I heard and how everyone made me feel. That those actions coincide with the mission now make sense. 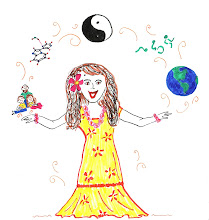 Michele Weinhouse
Chemist in the BioPharmaceutical Industry for over 22 years. Transitioning to a becoming a high school chemistry teacher. 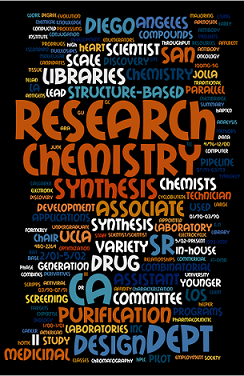